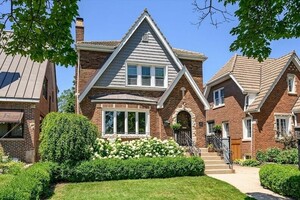 After 124 weeks of increases, local home prices finally stopped topping themselves, according to the latest report.

The median price of homes sold in the nine-county metro area in the week ended Nov. 7 was $270,000, according to a weekly report from Midwest Real Estate Data. The figure was unchanged from the same time a year ago.

This November has something those two didn’t, said Sarah Ware, principal of Ware Realty Group based in the West Loop. “People have been sitting back because of the election,” Ware said. “Red or blue, they think it’s going to have an effect on the economy, so they’ve been taking a wait-and-see pause.”

Niko Apostal, a Keller Williams agent based in Lakeview, said beyond rising interest rates and the election, there’s one more drag on the market, at least in Cook County. This year’s months-long delay in property tax bills, which puts uncertainty into the total cost of homeownership next year, is part of “what’s holding back the market right now,” he said.

This newest data on flat prices is for the nine-county Chicago metropolitan area. In the city alone, home prices were down slightly or flat in seven of the first nine months of the year, according to regular reports from Illinois Realtors.

City sales are generally just less than 20% of the total sales for the nine-county region.

“We always knew it couldn’t last forever,” said Glo Matlin, a Compass agent who specializes in the North Shore. Given how far prices rose, shrinking affordability and frustrating buyers, Matlin said, “I really do think it’s a good thing for us that prices are staying steady.”

The last time weekly home prices were down for the week was the week ended June 15, 2020, when closings reflected homes that went under contract during the trepidation of the early months of the pandemic. After that came 124 weeks when prices were consistently up, often 10% or more.

So far, the flatness is one week only. It does not yet indicate a trend, although the weekly increases have been getting smaller for months, as spiking interest rates caused an abrupt slowdown in the real estate market.

It’s also true that November has ordinarily been a time for the market to slow down from the heat of the summer. But the past two Novembers, during the pandemic-driven boom, were anything but normal. In the comparable week last year, the median price was up 9.9% from the year before, and in the same week of November 2020, the increase from a year earlier was 15.4%.

Keep Up To Date