Even with fast-rising prices, homes more affordable in most of Chicago area 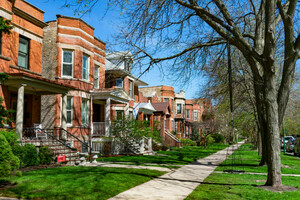 Two separate reports show that it's easier to afford a home now than it has been historically, although with interest rates going up that could change quickly.

Despite a rapid run-up in prices in 2021 that has shrunk affordability around the country, homes in much of the Chicago area are easier to afford than they have been historically, according to two new reports.

That’s in large part because wages have risen faster here than home prices, the opposite of what’s been happening in most of the country. In 81% of the 586 U.S. counties that Attom, a nationwide property data source, analyzed for the report released April 7, wage growth lagged behind home price growth.

Also contributing: Home prices that, while they’re rising, aren’t spiking as steeply as in most big U.S. cities.

In McHenry and Will counties, homes have become less affordable than they have been historically, and in Kane County, they’re about even with the historical level.

A separate firm’s data backs up Attom’s. The Chicago metro is one of the top three in improved home affordability since the previous peak of the market, in 2006, according to a report on metrowide home prices released March 29 by First American Financial, a California title insurance company.

Both reports cite low interest rates as a key factor in affordability, but interest rates have been rising fast since the data was collected. The rate on a 30-year fixed mortgage started the year at about 3.1% and by the end of March had shot up by about half, to 4.67%.

Relatively slow home price growth in some big urban counties also contributed to keeping home prices affordable, according to Attom. Among counties with populations of one million or more, Cook County had the third-slowest price increases in 2021, after Westchester County, N.Y., and Montgomery County, Md., near Washington, D.C., Attom found.

Crain’s reported in March that although the pandemic-era housing boom has been epochal in the Chicago area, it has nevertheless been markedly milder than the boom in most other big U.S. cities.

Some of the cities where home prices have been shooting up the most have seen affordability fall off. Among the big-city U.S. counties where homes are the least affordable compared to their historical averages, according to Attom, are Orange in southern California; Clark and Clackamas counties, which are parts of the Portland, Ore., metropolitan area; Maricopa, which incorporates Phoenix; and Los Angeles and San Diego counties.

© 2023 All information in this site is deemed reliable but is not guaranteed and is subject to change. | Powered by vFlyer Website Builder