Want to buy a home? Illinois will pay off your student loans! 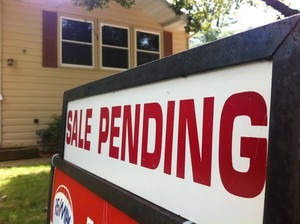 The Illinois Housing Development Authority is putting $25 million toward paying down student debt so young adults can "put down roots in Illinois," the agency's director says.

“We want to help them remove that student debt and get on the on-ramp to homeownership, which is the path to wealth-building and benefits communities and neighborhoods,” said Kristin Faust, executive director of the Illinois Housing Development Authority.

The housing agency's move to wipe out student debt comes during a national debate over the economic drag that student debt creates and inclusion of student debt forgiveness in the federal stimulus package.

Aspiring home buyers who meet certain income limits can get up to $40,000 in student loan debt wiped out, changing their debt-to-income ratio to something that makes obtaining a mortgage easier. The buyers have to meet certain income standards—in Cook County, the individual income limit is about $109,000—and agree to live in the property they buy for three years to get the student loan debt forgiven.

“It’s not about giving people handouts,” Faust said. “It’s about helping these people put down roots in their communities, roots in Illinois.” She noted that college costs and the concomitant level of student borrowing have grown far faster than salaries in recent decades.

People who entered their home-buying years “20, 30, 40 years ago may not realize how much has changed, how difficult it is now,” she said.

The $25 million program, called SmartBuy, has a goal of helping 500 to 1,000 young adults buy homes, said Javier Gumulcio, IHDA’s director of homeownership. The total each recipient is granted depends on the amount of debt each person has. There is no timeline; the program will run until the funds, part of IHDA’s $200 million portion of the state capital bill, run out, he and Faust said.

Nikhaule Martin, who finished college in 2018 and was carrying about $28,000 in student loan debt, is set to close within the next week on her first home purchase, a two-bedroom condo in Bronzeville. When Martin was house-hunting in late 2020 her mortgage broker, Nina Gonzalez of Guaranteed Rate Affinity, told her about the program, new in December.

Her student loan debt wasn’t standing in the way of buying a home, Martin said, but with that burden eliminated, she qualified for less expensive mortgage terms and hopes to begin saving toward buying a second property as an investment.

For people with heavier student debt loads, Martin said, the SmartBuy program “can be incredibly helpful. For so many people, student loans are this giant thing kind of looming over your head.”

In a National Association of Realtors report, more than half the people aged 29 to 38 who said they were postponing homeownership because of costs “said the largest hurdle was student loan debt,” Gumulcio said.

“People with student loan debt delay buying a house for five years past when other people buy,” said Mabel Guzman, a Coldwell Banker real estate agent in Chicago who in 2016 chaired a committee of the National Association of Realtors that studied the relationship between student debt and homebuying. “You know what else happens in five years? Home prices go up.”

Mortgage applicants with student loan debt are problematic in a curious way, said Gonzalez, the mortgage broker who worked with Martin. “We have to tell them they can’t get qualified for a $1,400-a-month mortgage, so they’ll have to keep renting at $1,600 a month.”

Guzman said this is largely because lenders look at the borrower’s total debt load, and pay scant attention to the person’s payment history. Lenders “should be looking at the behavior, the fact that this person has been paying and is a good credit risk,” Guzman said. She also noted the irony of people who took on heavy student debt loads “to improve themselves, start a career, being told they can’t buy a house.”

Providing young adults a route to buying homes, Faust said, is a way to help them begin building up home equity, a foundation of middle-class household wealth, earlier.

Since applications began in mid-January, 11 people have closed on home purchases with SmartBuy, Gumulcio said, and about 100 more are in the pipeline. The average amount of student debt they come with is $38,000.

The amount of student debt forgiven can not be more than 15 percent of the purchase price of the home. People with more than $40,000 in student loan debt would have to pay off the increment above $40,000 to receive SmartBuy assistance, which requires a student loan balance of zero before buying a home.

Faust and Gumulcio said SmartBuy is only the second state-run program that eliminates student debt to make way for mortgage borrowing. Maryland was first, with a program also called SmartBuy that launched in 2016.