What the Fed's Interest Rate Cut Means to Borrowers 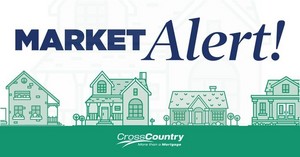 The quarter-point drop, the first since 2008, should keep rates low on most mortgage loans

August 1, 2019 — Chicago, IL — Yesterday, the Federal Reserve announced that it would cut interest rates for the first time in over a decade. What does this mean for people who are in the market for a new home or are looking to refinance their current mortgage?

Typically, a move like this decreases the cost of borrowing, including home loans. But CrossCountry Mortgage Executive Vice President Rob Sampson said this rate cut was not unexpected and has likely been accounted for in recent mortgage rates.

“Rates have been close to historically low levels for some time. This rate cut was anticipated and already factored into the market,” Sampson said. “This is still a great development for mortgages, as today’s already low rates continue to be extremely attractive to homebuyers and homeowners.”

The quarter-point reduction in the rate to a range of 2% to 2.25%—the first rate cut since 2008—is a sign that the U.S. economy continues to be strong.